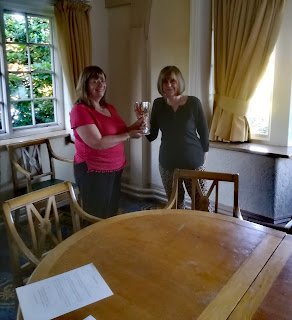 We were very lucky, and pleased, that we got this person to judge this year's entrants.

Gee Williams began her creative journey as a poet. She has had work published in a variety of places, including -  The Pan Book of Horror and being broadcast by BBC Radio 4. She has won many book awards including The Book Pl@ce Contemporary Short Story Awards, Pure Gold Fiction Award 2008, and was short-listed for Wales Book of the Year 2009.

The winner of this years Maynah Lewis Competition is, Liz Fisher.


Liz's story, Checkout Nine, was an amusing tale set in the seaside resort of Blackpool, of singer, River Banks and a chance game of darts. There were two joint runners up - Paul Mann with The Diary and Amy Watkins with The Long Song - both these stories centred on someone's diary and were set in dystopian futures. Gee also gave two commendations for Lynne Quarrell and Chris Black.


Gee was very generous with her feedback and general advice to writers. She said one could liken the short …
Post a Comment
Read more 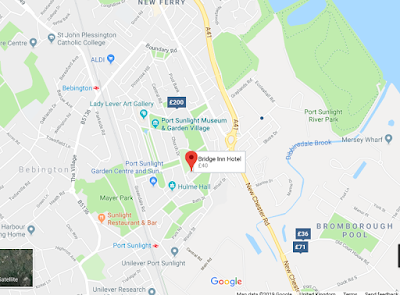 Just a reminder that tonight will be our first night to try out a new venue. We will be meeting at The Bridge Inn, Port Sunlight Village, as a trial run for future meetings.

As mentioned at the last meeting, we will be having a meal beforehand - in lieu of our Christmas Dinner - so please attend at 6pm, after which, we will retire to another room to continue our usual club session.

Information about The Bridge Inn can be found here -

And hopefully this map and link will assist with finding the location.


Wirral Writers is sad to announce the death of one of it's members.
Arthur Adlen was a poet, folk singer and song-writer. Active in Philosophy in Pubs for many years, as well as being very involved in ground level politics in Liverpool, Arthur was proud of his Socialist roots and fought, not only, for equality and respect for everyone, especially 'the workers', but sought to embody the historical fight and plight in his writings that his, and many Liverpool families had and still do undergo daily. He passed away just after the launch of his book on Monday 17th September 2018 - 'Memoirs of a Breck Road Buck and Other Poems'. He was a lovely man - a gentleman - his wry humour, Scouse witticisms, not forgetting a pretty decent singing voice, will be missed.
RIP Arthur. 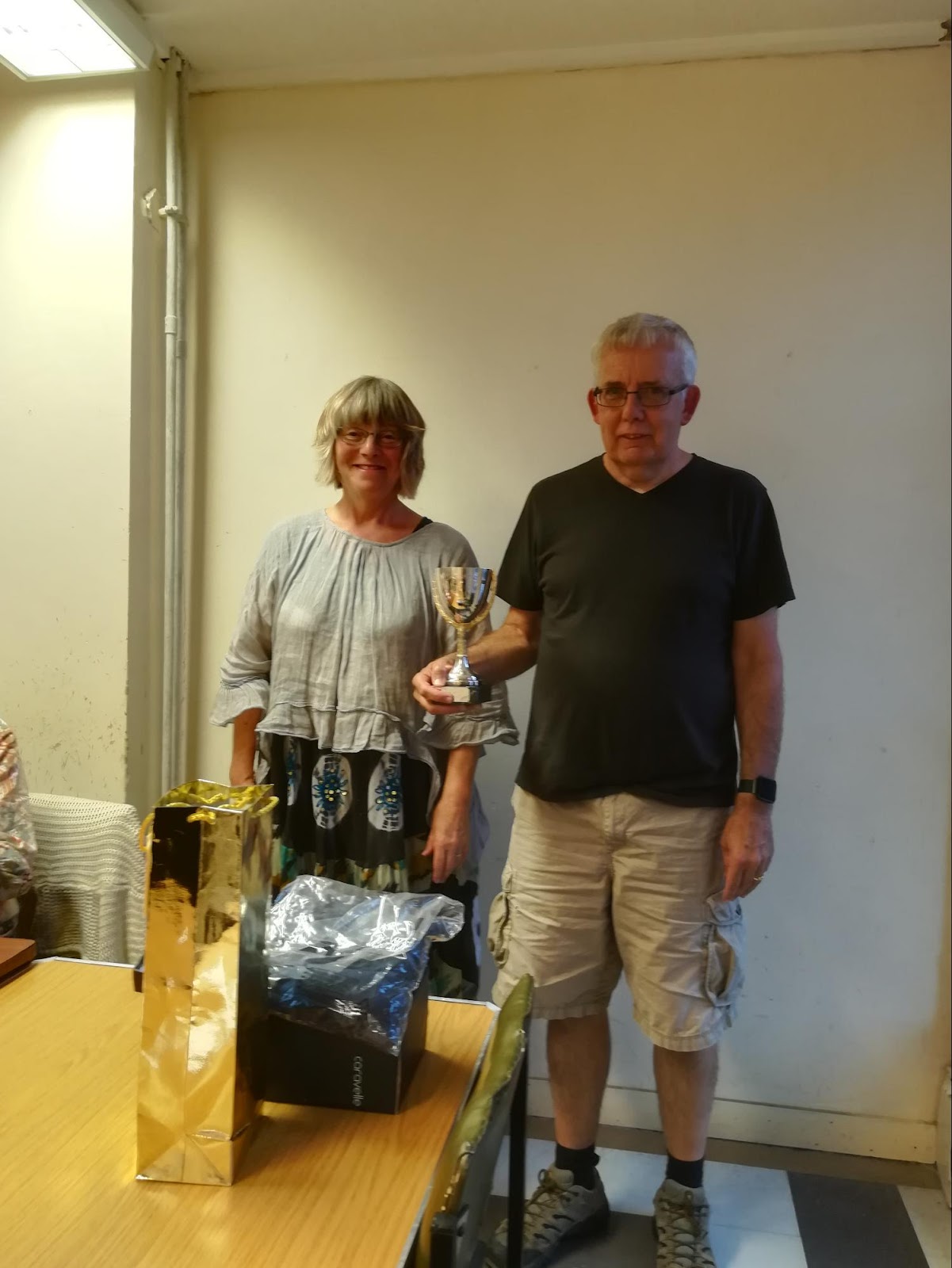 Maynah Lewis Short Story Competition 2018 Winner
So to follow up on our March post - the winner of this years Maynah Lewis Short Story Competition is, Mike Wood.
Congratulationsto Mike on another wonderful story and on winning the cup.
This year's competition was based on postcards - a blind selection. The stories entered ranged from an unusual train journey in Prague to rescue refugees, a murderous painter and the discovery of a vintage postcard that leads the protagonist on a journey to discover the original recipient.
Mike's story - based on a picture of a nest of sleeping leverets - called 'Indocilis Privata Loqui', under the nom-de-plume, Pierre Lapin (see what he did there?!), told of a young female magician who entertained at children's parties, who was invited to join The Magic Circle - the world's premier magic society, having previously been refused access on the grounds of being a child at the time.  But the young woman magically produces a hat out of a rab…
Post a Comment
Read more


Now is the time to start writing for the Maynah Lewis competition; if you haven't already started. Long standing members are familiar with the arrangement, but for newer writers -  All you have to do is write a story in 1500-1600 words about the postcard you took from the 'Lucky Dip'.


Printed on one side, double spaced, pages numbered with title.
Use a font style and size that is easily read, for example Ariel or Times Roman, 12 point.
On separate sheet print title, your pseudonym and word count.
Put your own name on a slip of paper inside a sealed envelope.   Put everything into an A4 envelope addressed Wirral Writers Short Story Comp 2018.
Handing in for final pieces is May (exact date to be confirmed). Our judge will be external; as usual, and will be given the batch of stories to select 1st, 2nd and 3rd places. You too can be cup-holder for a year! Good luck everyone.

A writer reads a favourite story by another writer, then discusses why it works. Great stuff. I got mine from iTunes, but if you don’t worship at the Apple altar, it’s available on the above link.

I loved the one where David Sedaris reads Mirand July.

By Alexandra - January 05, 2018
Happy New Year everyone.Well the holiday season is over and it's back to work/school/college.
This is just a gentle reminder that we start Wirral Writers Club again tonight -  Friday 5th January.
19:30 at Bebington Civic Centre.
Bring along your sacrificial offerings, ahem, I mean stories, to share and critique. Up to 2000 words. Please remember, if there are many of us, we might need to read shorter sections or miss a go until next time.
Even the act of reading aloud is a helpful exercise for the writer, as we can listen to the rhythm of the prose and/or poetry, notice those jarring words, pick up those names that are unpronounceable, and see where we have written a word twice in a row (surprising how often people write and and)
Newcomers are always welcome. 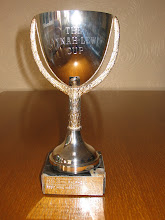 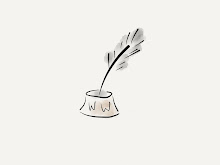